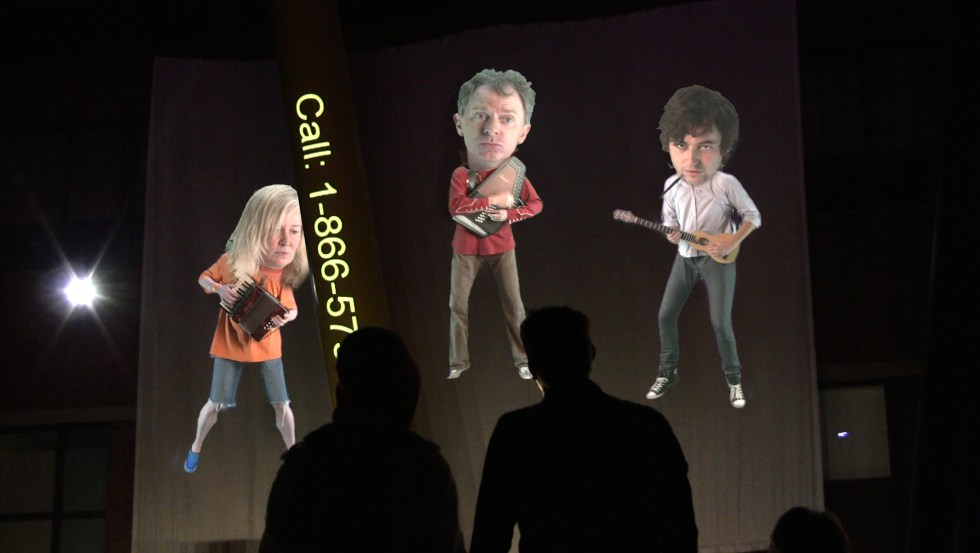 A group of folk musicians strum and pluck and croon away to a familiar ditty while viewers using cell phone swap players and instruments to create their own arrangement. Premiered at Nuit Blanche in Toronto, where over 3,000 viewers called in to re-arrange the musicians and the song!

“I chose to showcase folk music because of its politics of participation and inclusion. Folk was started by people who felt like they had something to say, who wanted to get involved. As a genre, it puts less emphasis on technique, and makes music more accessible.

“Everyone is getting creative with digital media these days, so I see media art as the new folk art.

“We’re increasingly surrounded by large public screens, and I’m hoping that not all of these will be advertising. People should have access to them, be able to play with them and inject their own content. I want people to leave feeling empowered, and that they might want to try something like this on their own.” (from interview with Jordan Bimm)